Hi guys, we are back! If you visited our facebook site you already know our new car, but we thought you might also be interested in other things happening around us. To cut it short, we moved to Palo Alto, California where Michi found a position as a postdoc with 2 years of funding and Katha will sooner or later find a job too. We received the news about the funding and the OK to move on while we were in Srinagar, remember the beautiful city in north India with its huge lake, the Oasis Guest House, the oasis of peace and soothing calmness in crazy India.
After packing Kalimero into his hibernation place, marrying and celebrating Christmas with our families we took off with two times 23kg into our new life.  Margaret, our first and best ever airbnb-host picked us up from the airport and made us feel comfortable and at home in her house for the next 6 weeks. She lent us bikes to get around and even her car she showed us where to buy European groceries, the next post office and the weekly farmers market. First, we bought SIM card, as always getting into a new country but this time we also opened bank accounts, confirmed our arrival, printed I-94 and Sevis forms, attended postdoc orientation and benefit sessions and Michi started to complete roughly a million lab safety, patient data safety, sexual harassment prevention, chemical safety, safety safety and safety trainings. As a J-1 exchange visitor, Michi could also apply for a social security number, which gives you the status of a human-being here. When we bought Priscilla – she will try her best to replace Kalimero for the time being we had to insure her as well and just to let you know if you ever plan on buying a car in the US, we had to pay almost 10% tax on the purchase price. The first thing Katha did the morning after arriving was to apply for an employment authorization document at the USCIS. As a J-2 exchange visitor dependent she was “eligible” to do so. All together it took 8 weeks to arrive and she was not allowed to work or volunteer during this waiting period. Besides all the paperwork we mention here to be of use for any other immigrant/expat, we had a really good time so far. I’m sorry to mention it to our German followers - the weather is amazing! But regarding recreational activities we really have a big problem here – we don’t know what to do first. There is one of the most inspiring and interesting cities about 30 miles from here, the next big state park, by the way the oldest in California, also 30 miles. The Pacific Ocean – 30miles! If we want to go further, Yosemite National Park – 200 miles, Lake Tahoe -200 miles…Stanford offers a recreational card to their affiliates and even a “courtesy card” for spouses of affiliates. This allows us to use the gyms, climbing walls, the swimming pools and to rent affordable outdoor gear. The Bechtel International Center is a center dedicated to the international exchange and visibility of Stanford and offers a rich program for exchange visitors and their families, like a hiking group, yoga classes, cooking culture and language classes and even career counseling for international spouses.
So how do we like it here and how do we feel? We love it, of course it is not so easy to live on only one income for the time being and there is a uncertainty if/when Katha will find a job here, with all the Stanford educated competitors and the limited work permit. But we are in America; we try hard and stay optimistic.
After 6 weeks at our first airbnb accommodation we moved to another one to give us time to find a place we want to settle. We had to decide whether to move into a private apartment, with amenities like a pool or gym or into a shared house with a big kitchen, living room and garden. Both have pros and cons but in the end the shared house won and we soon moved in with two amazingly nice roommates and an adorable dog. 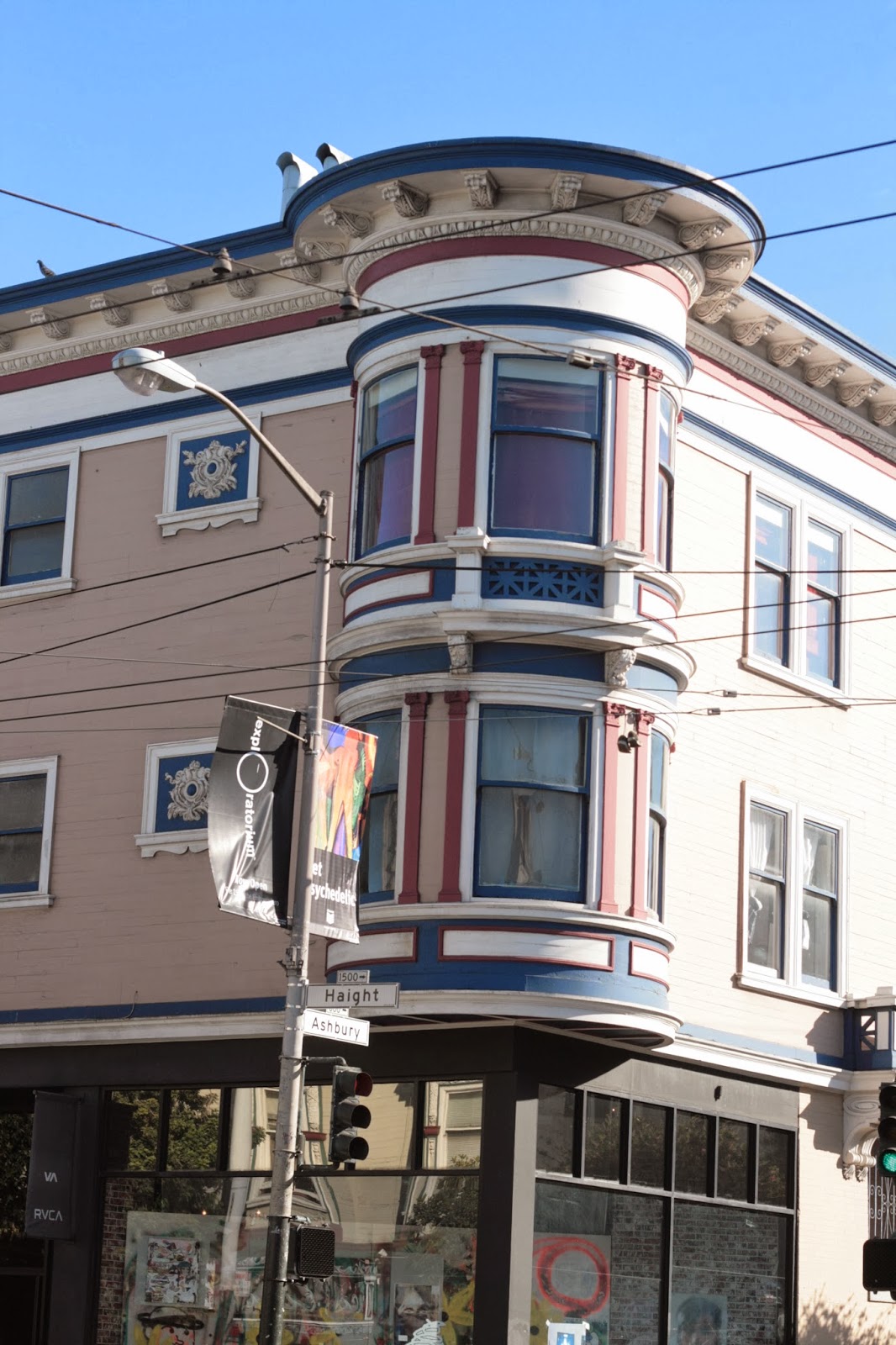 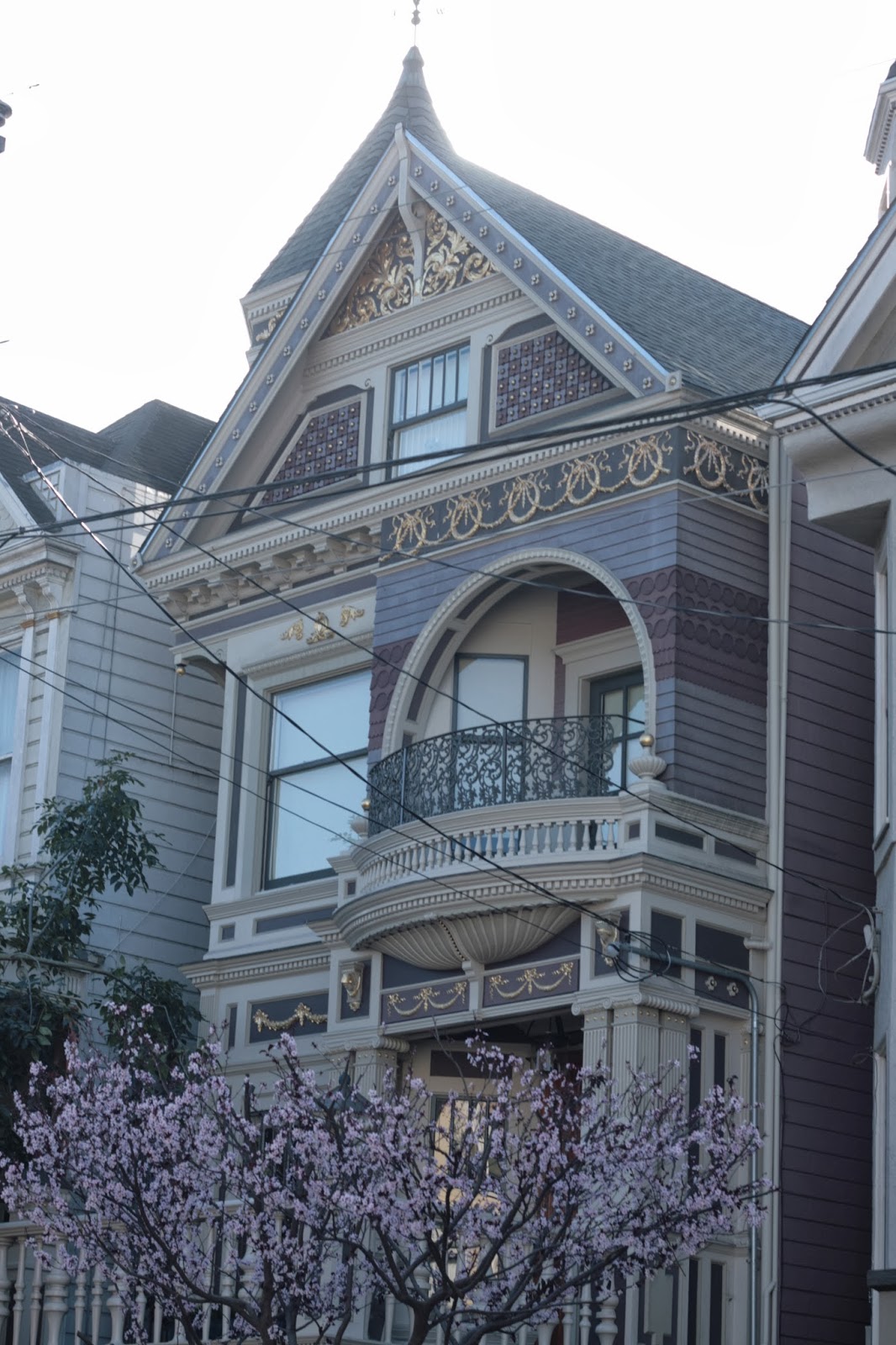 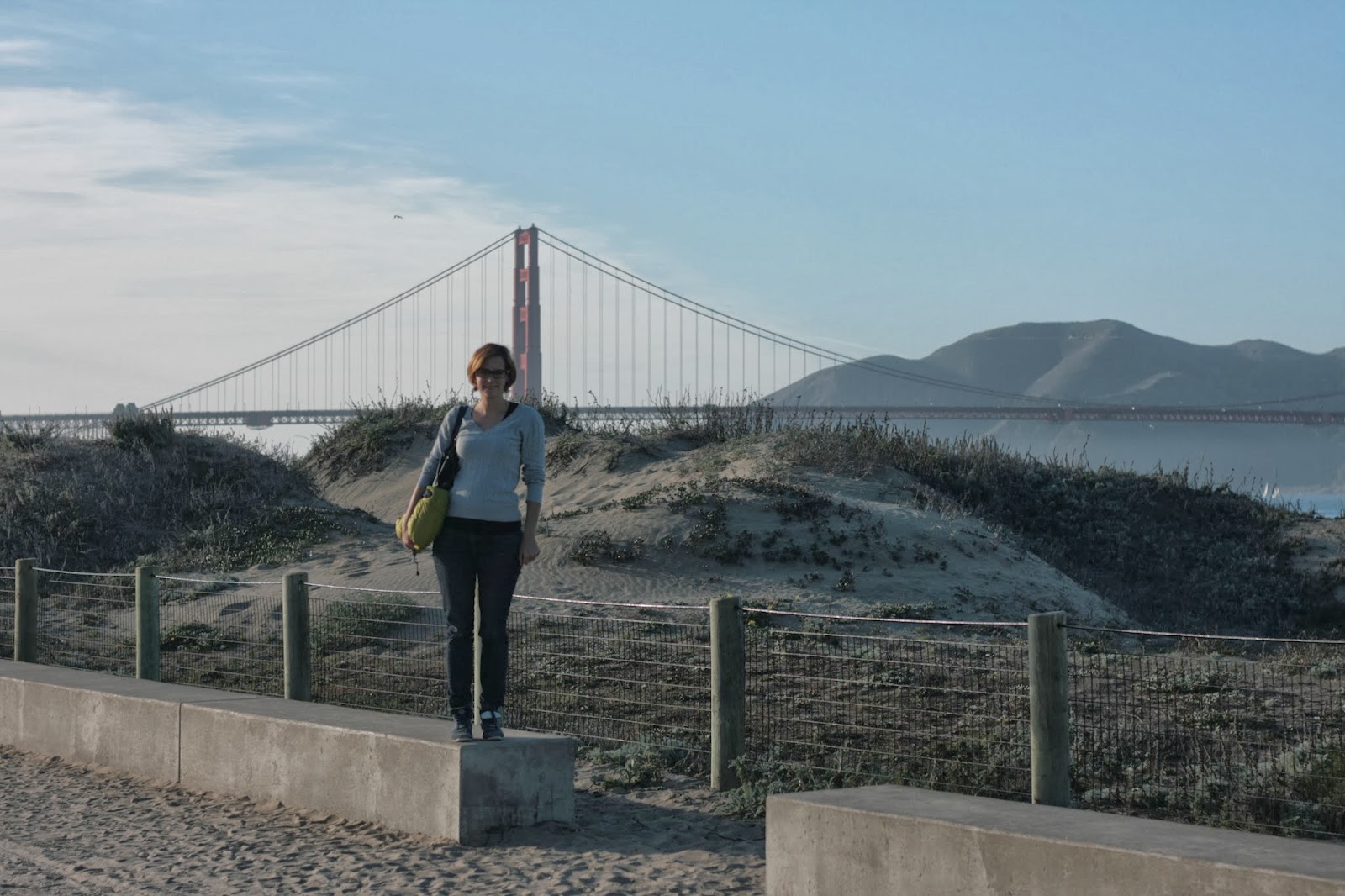 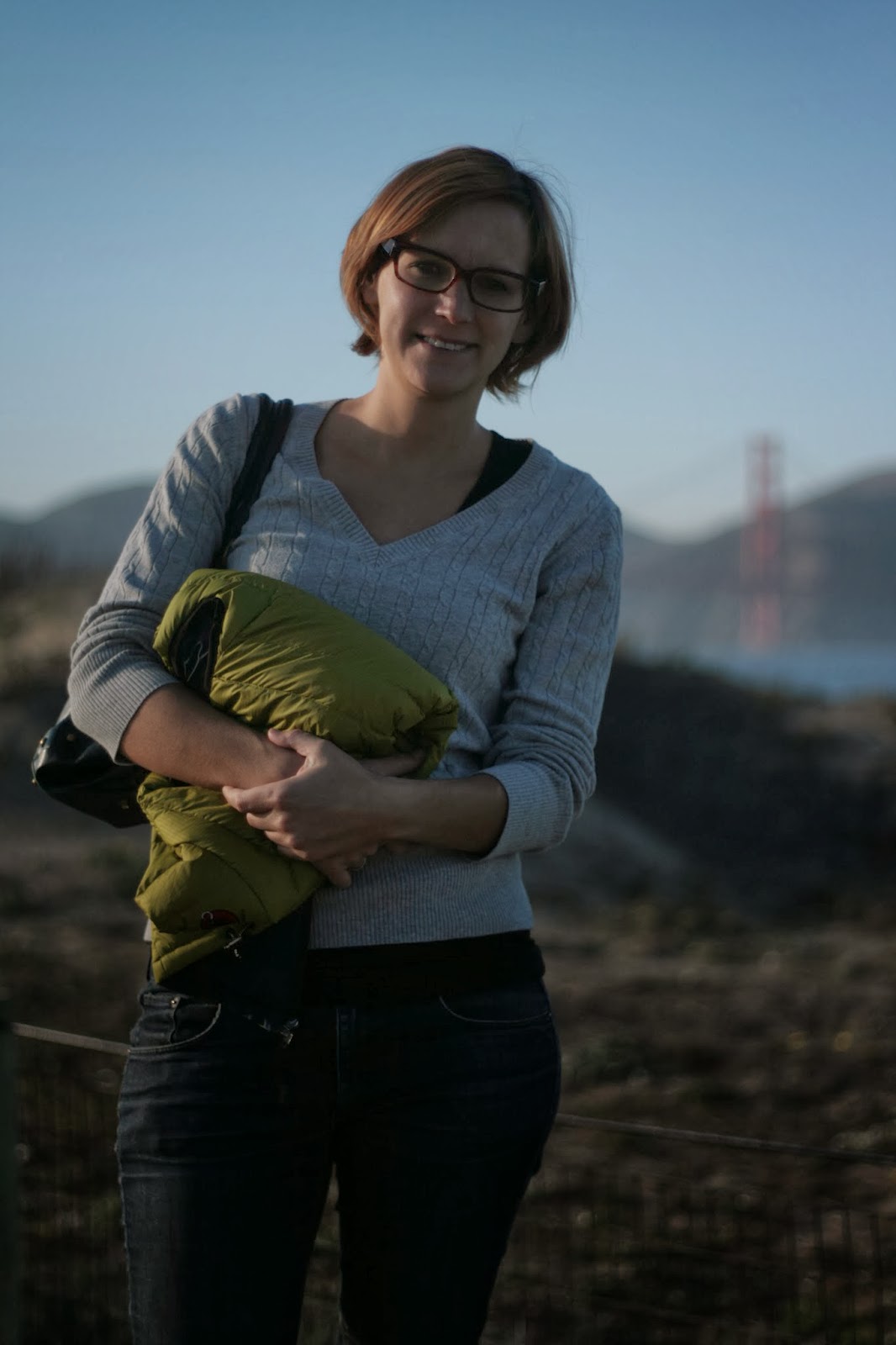 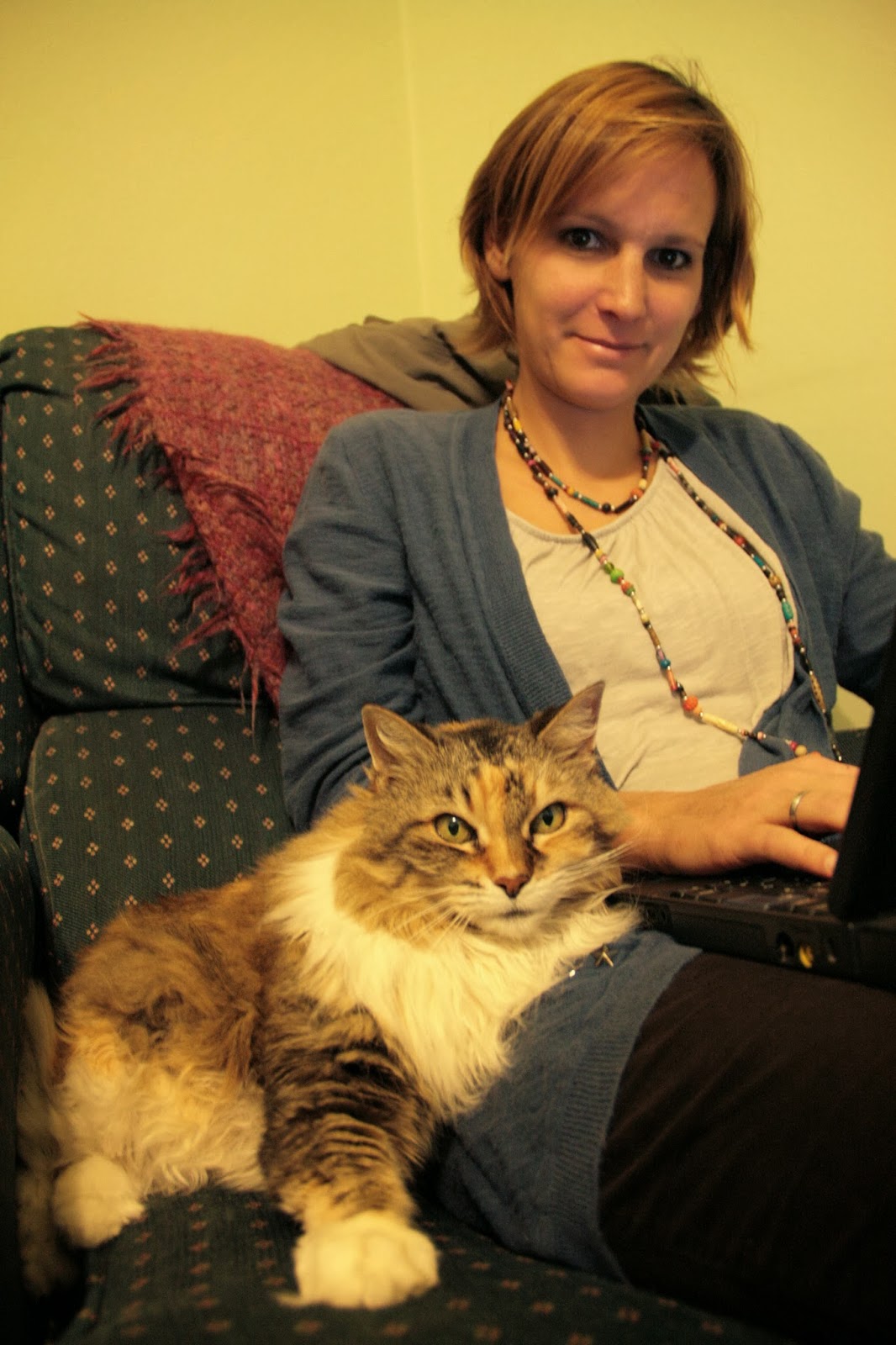 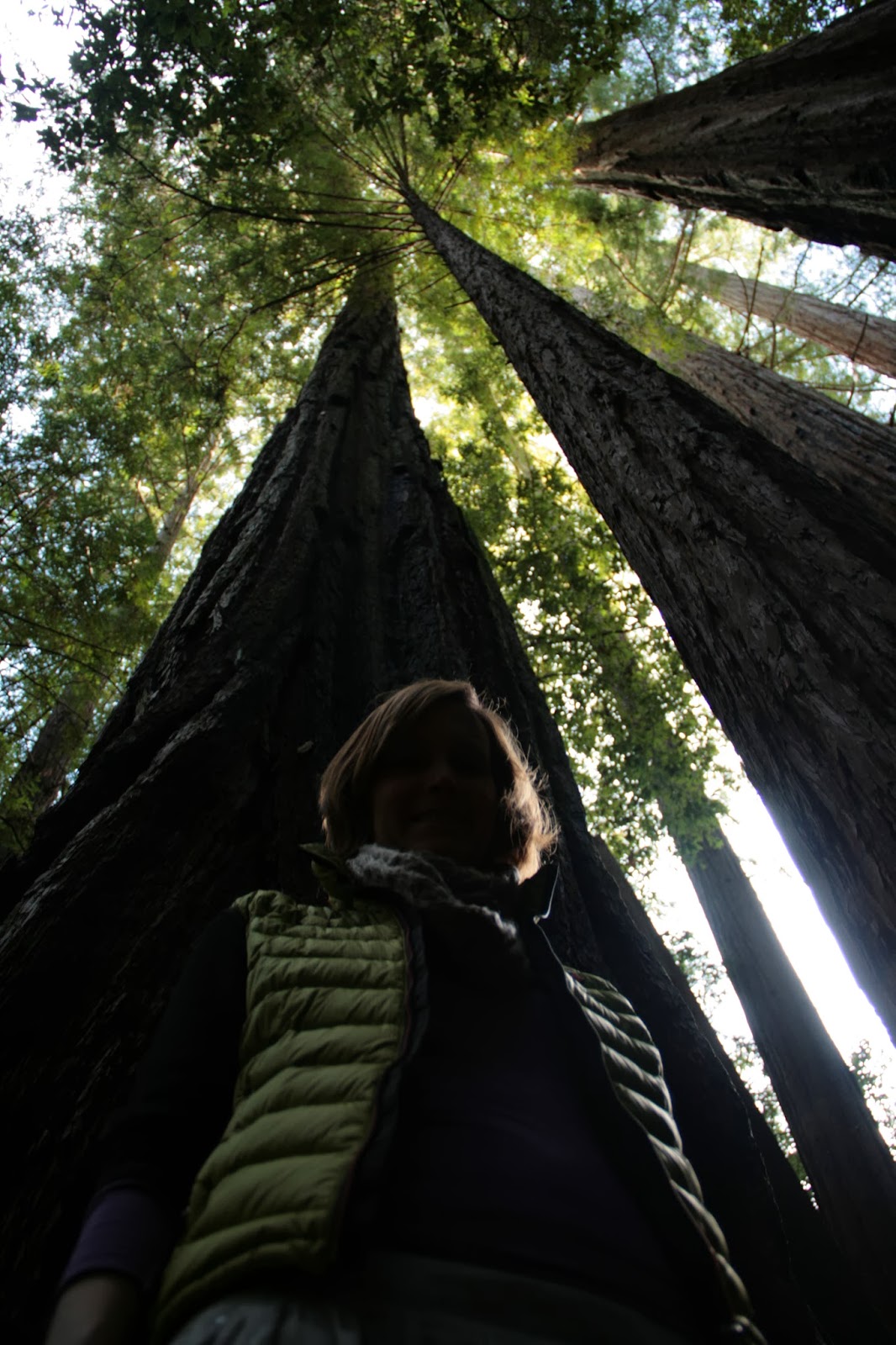 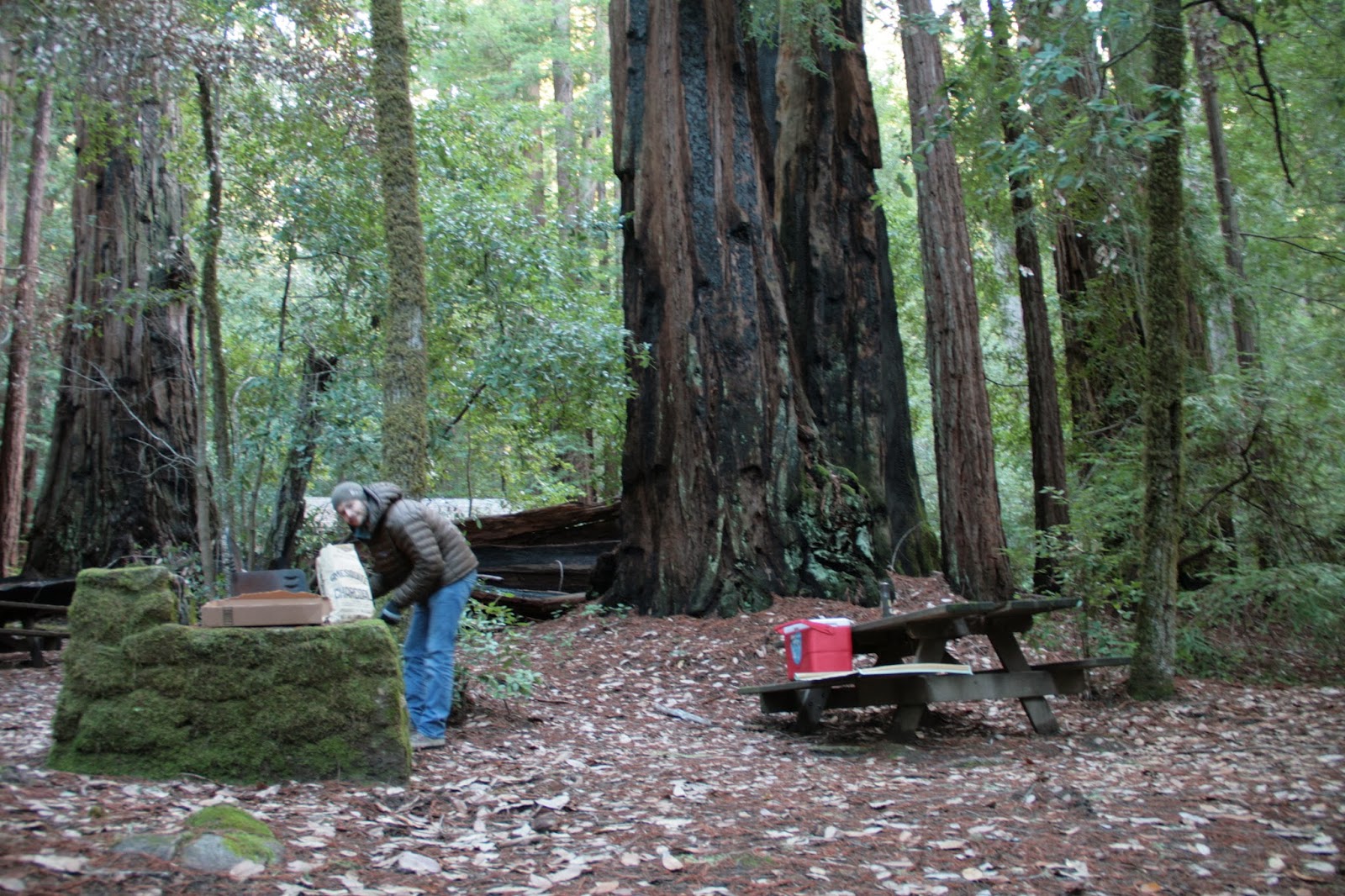 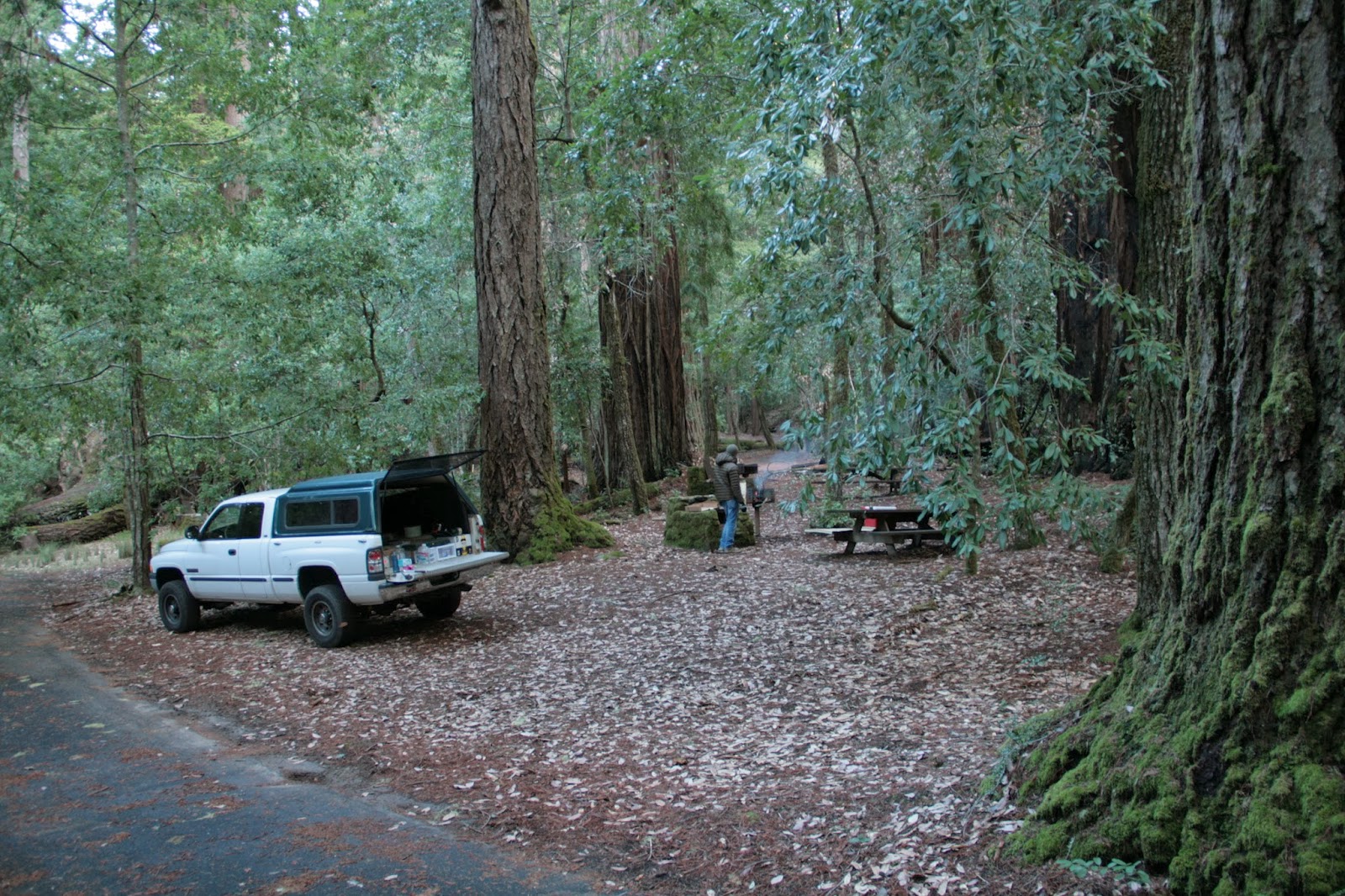 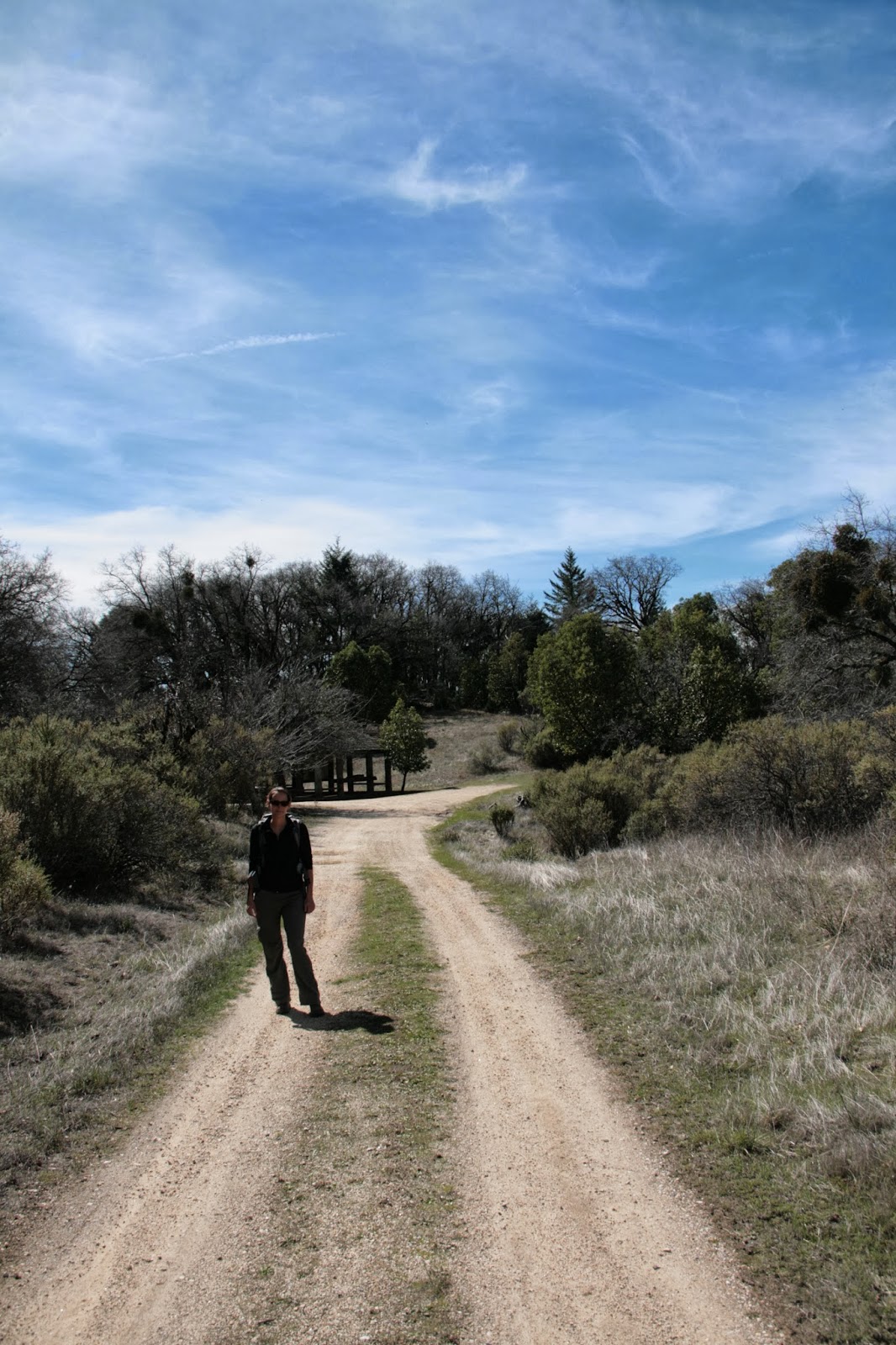 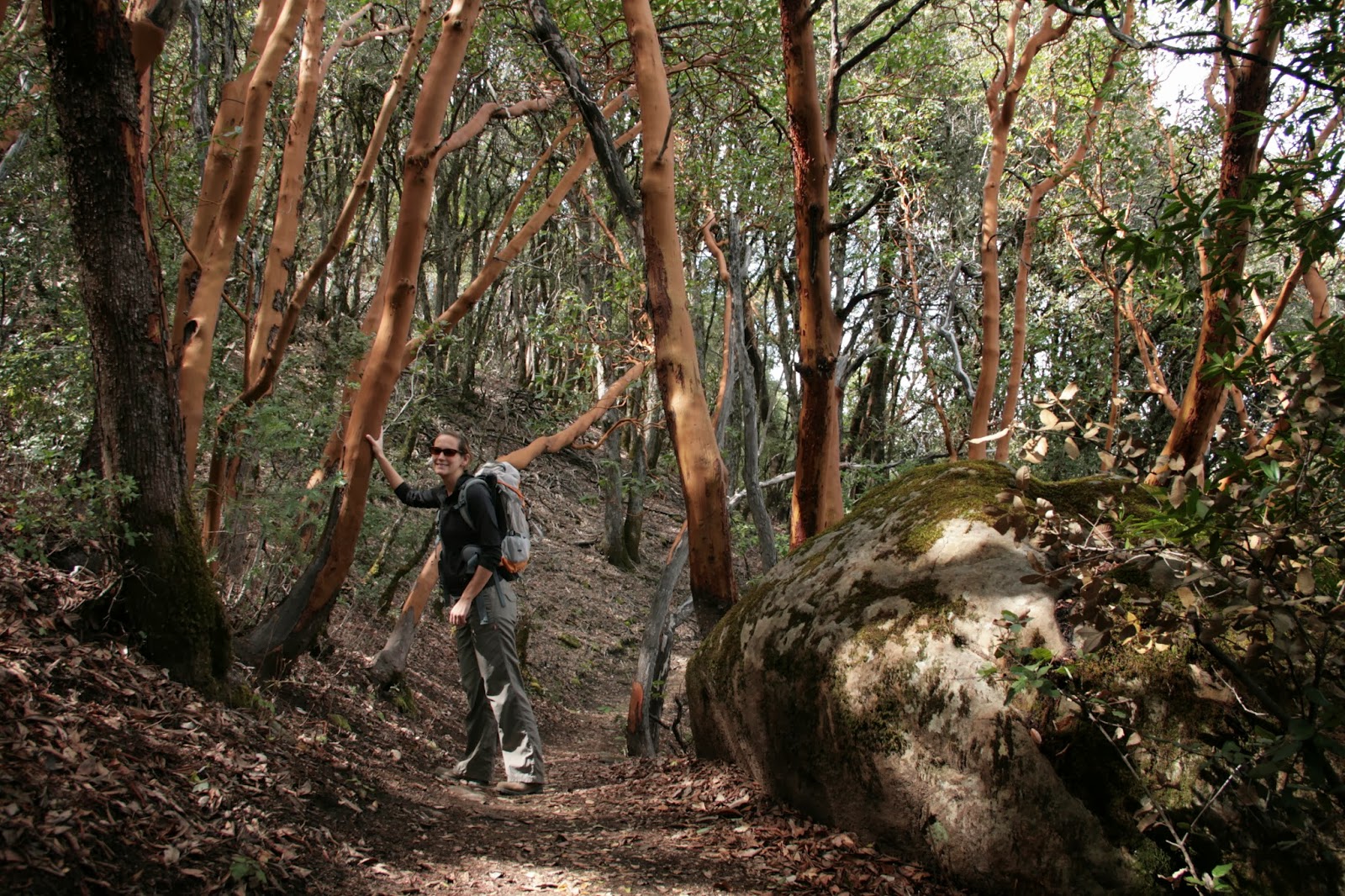 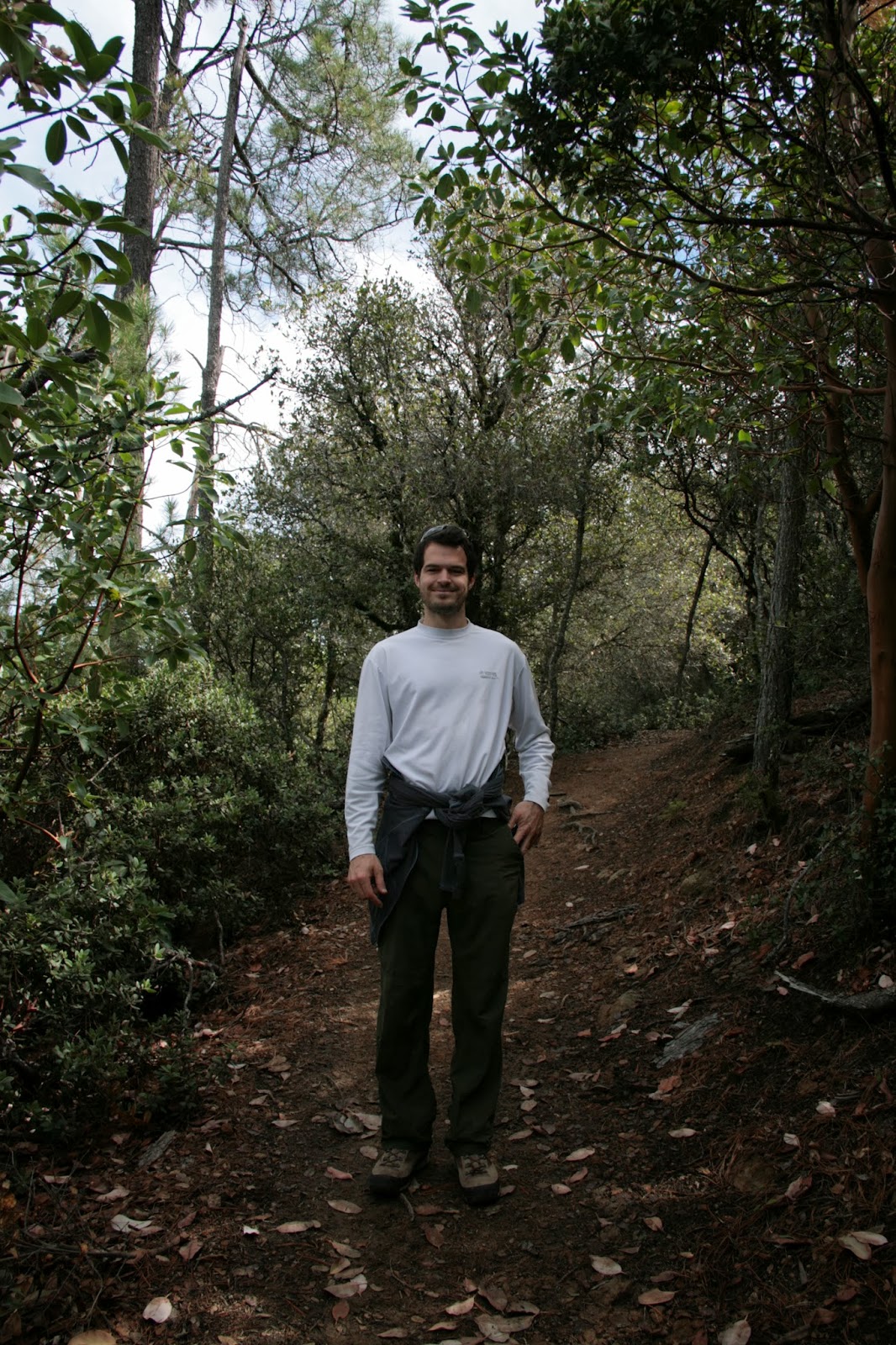 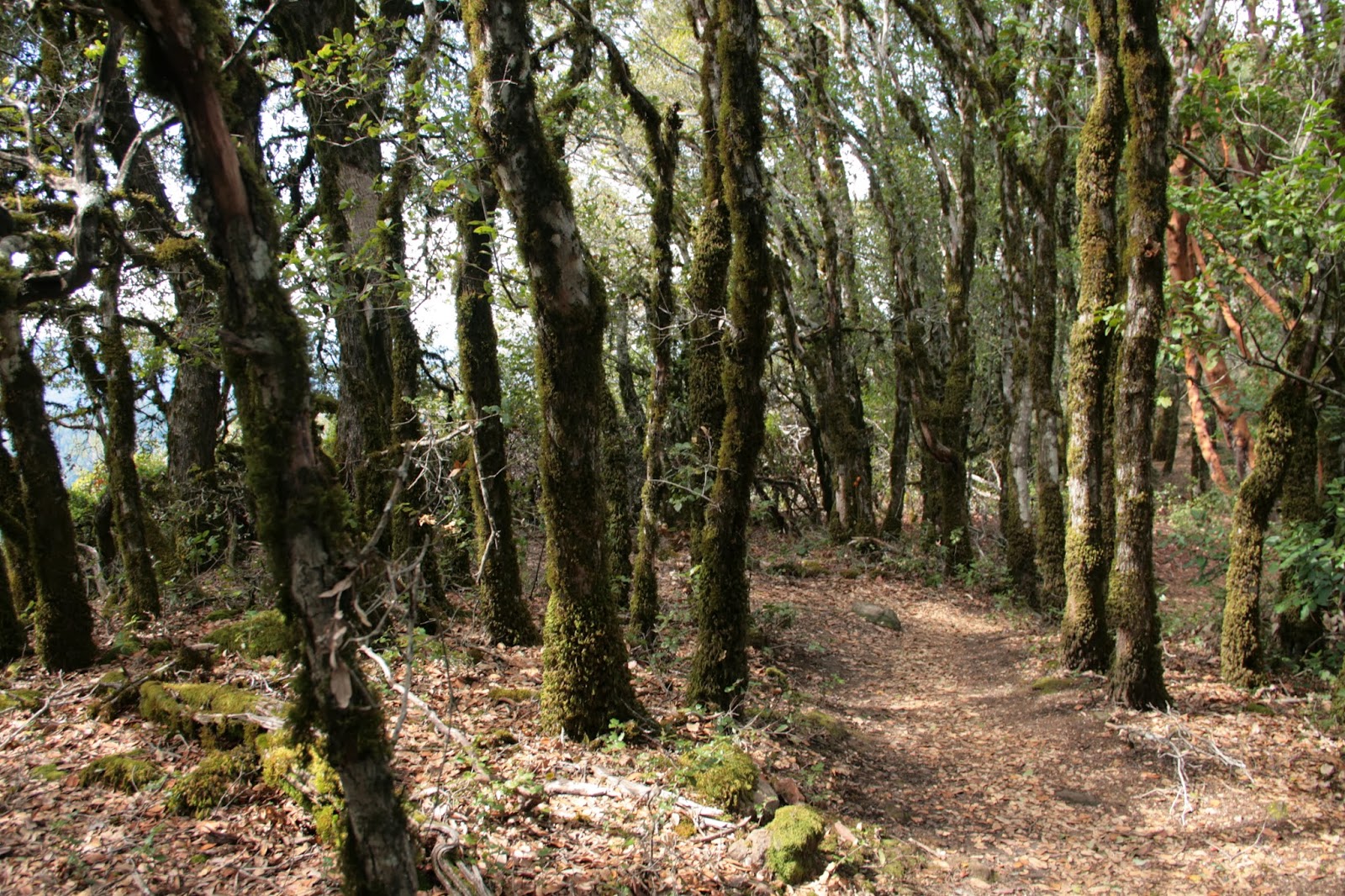 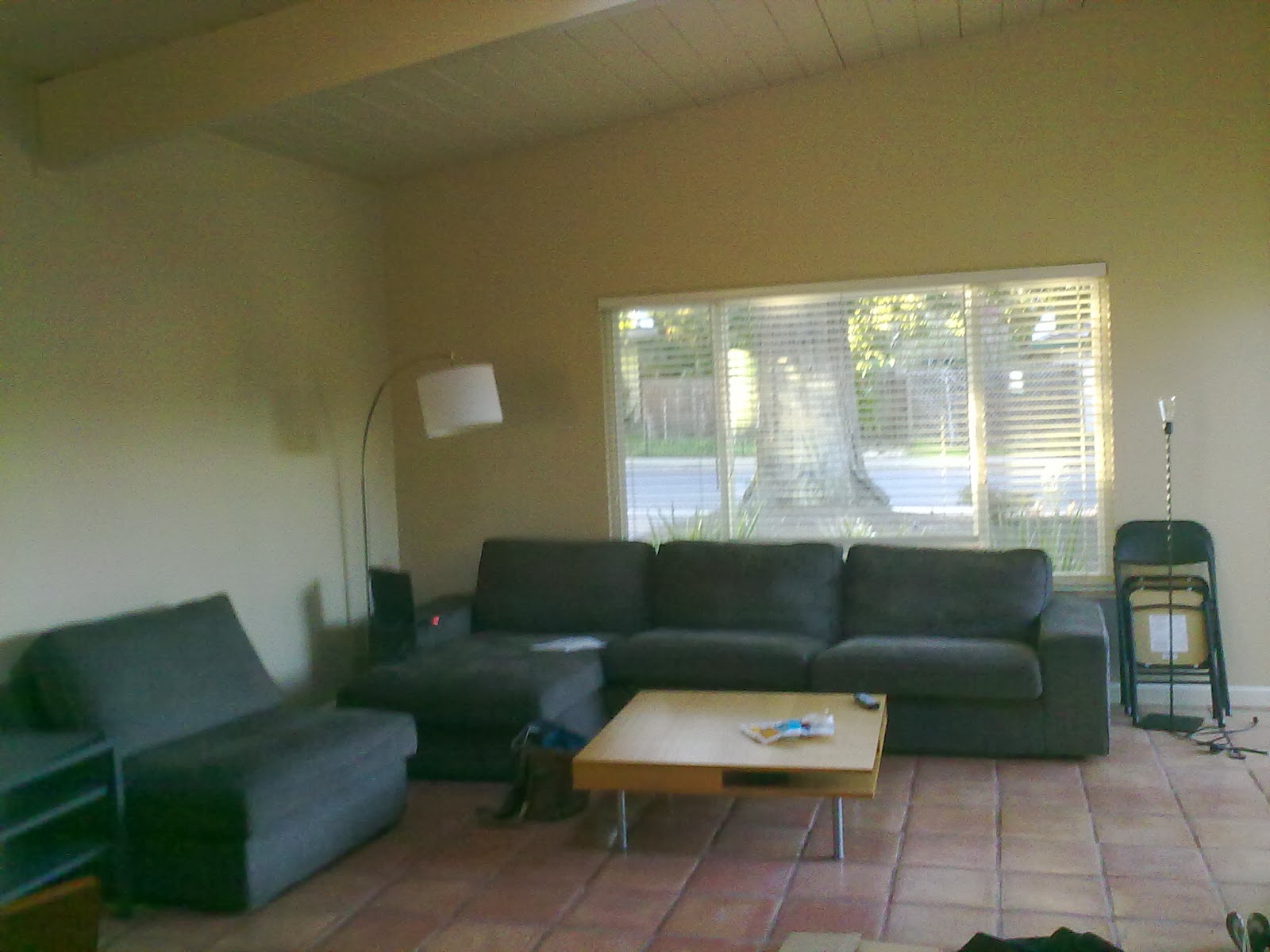 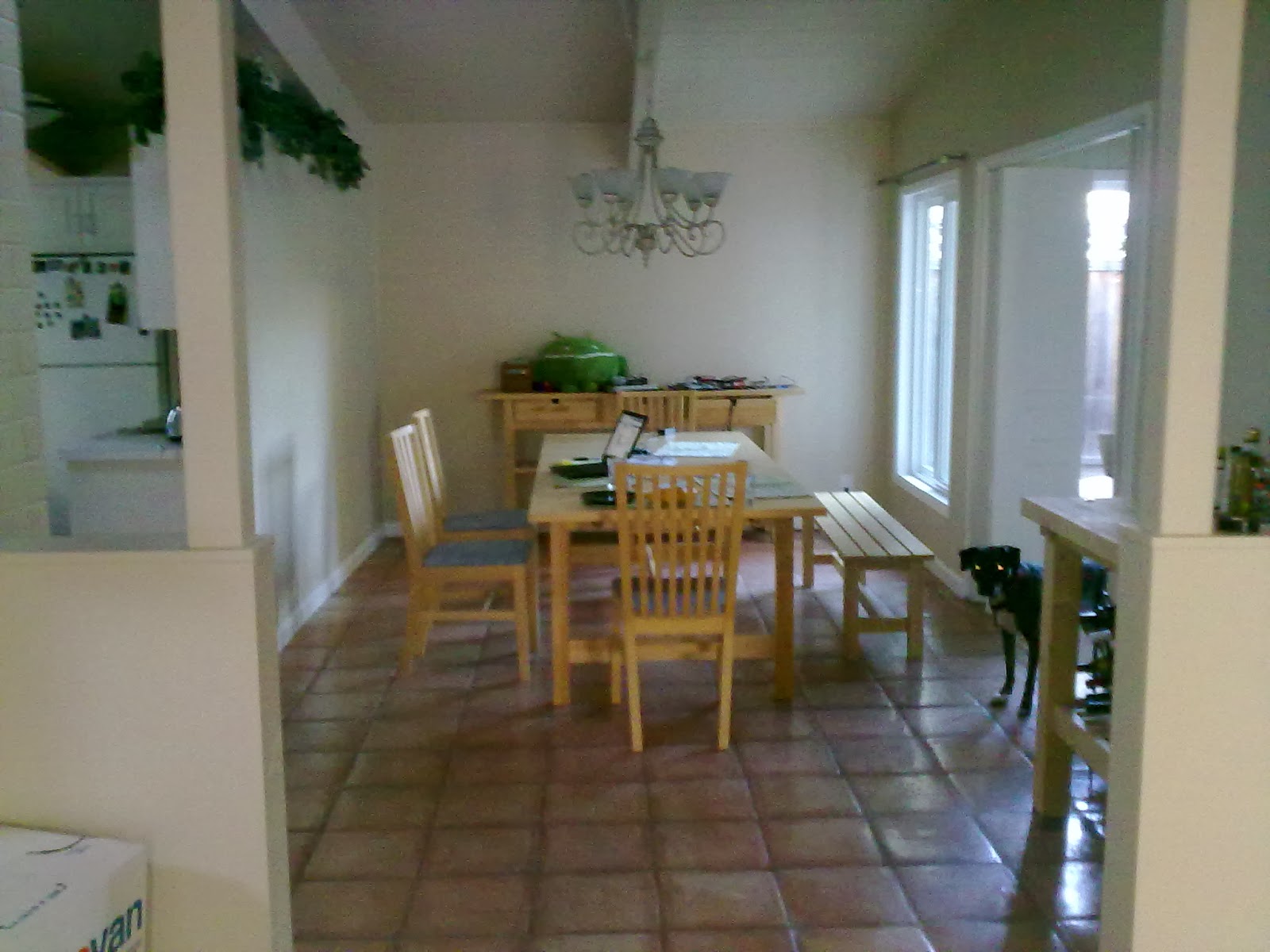 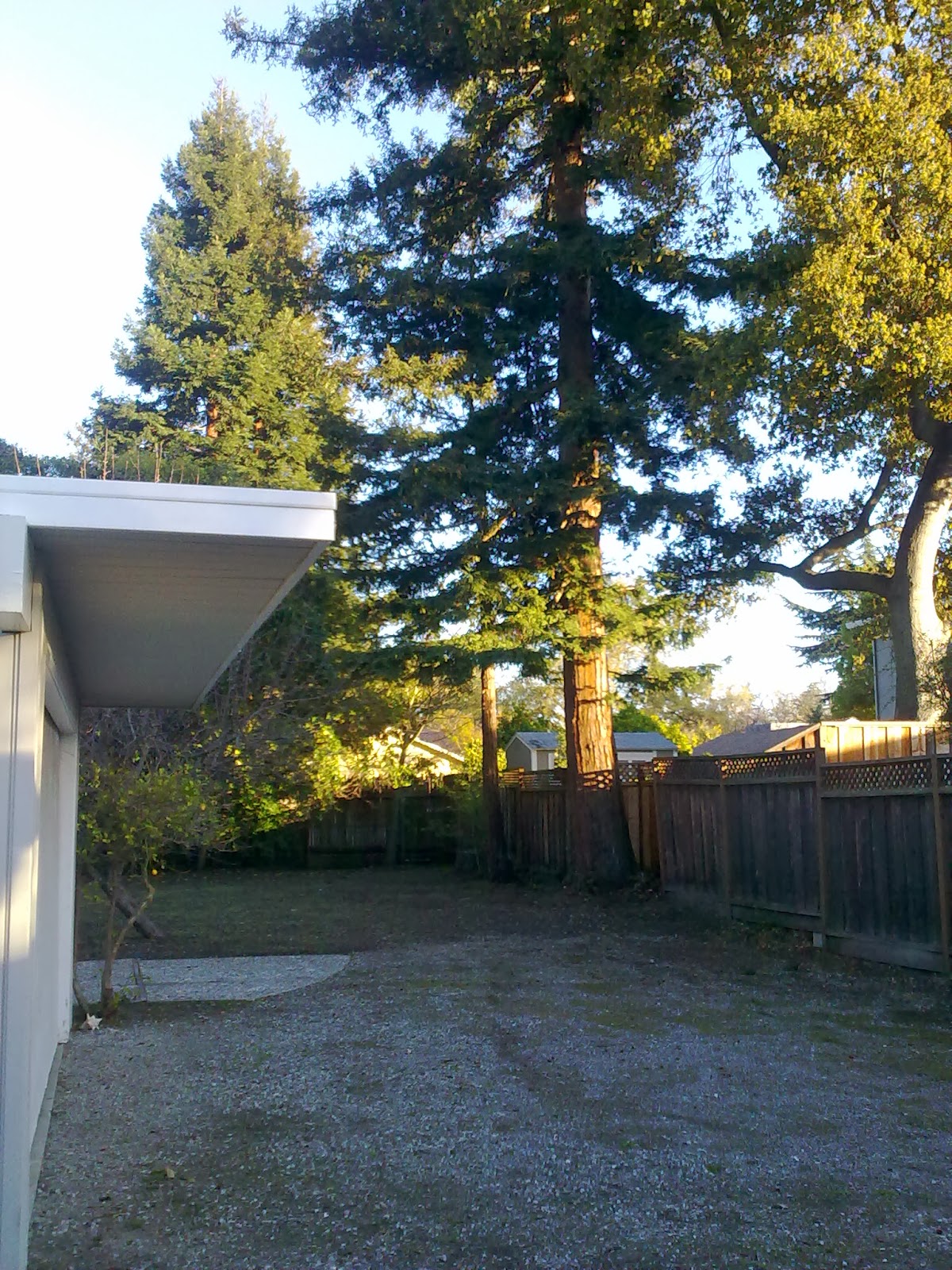 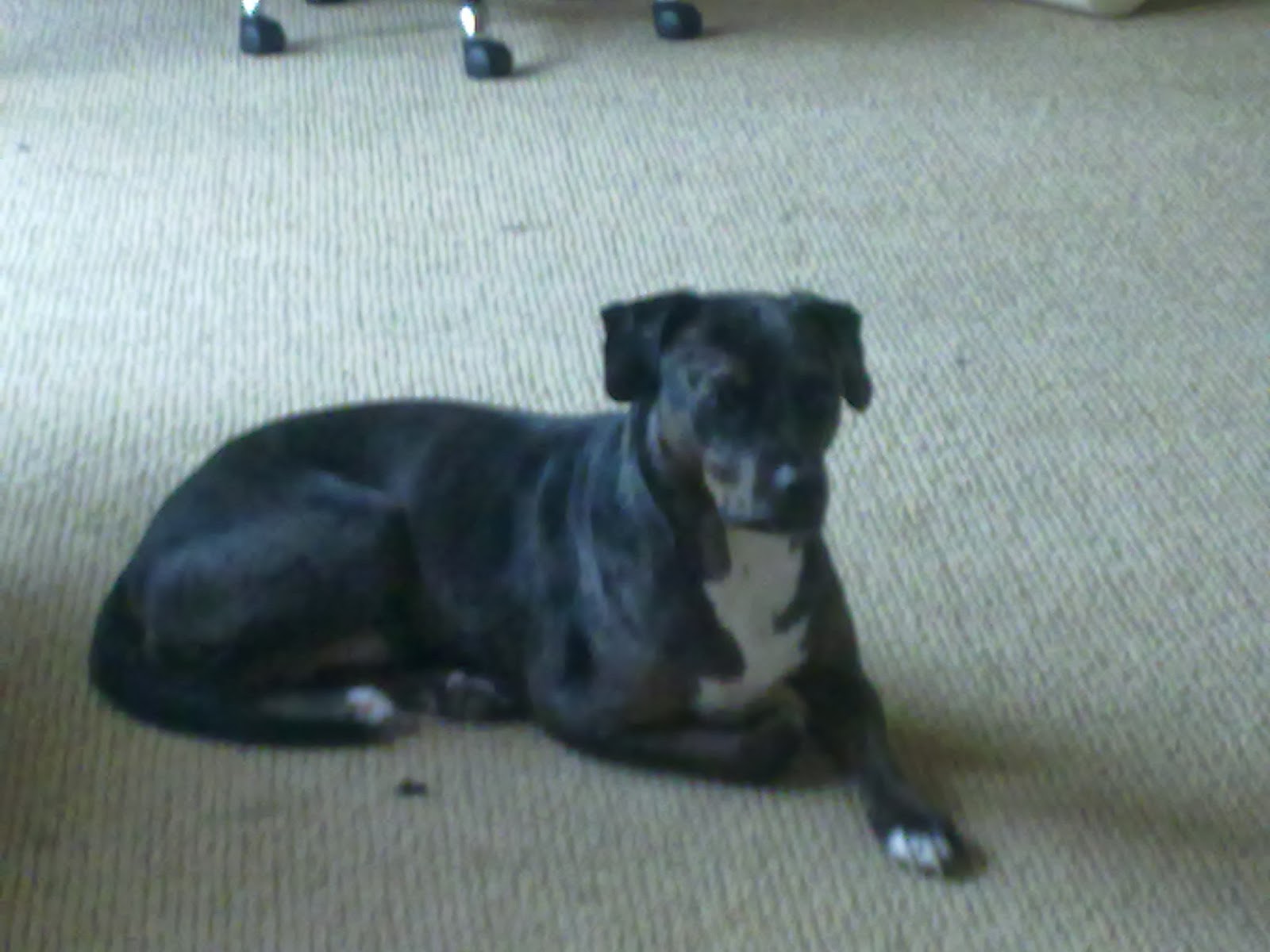 It has been quite a while since we sit on Agonda beach and watched flamingos step through ankle-deep water and the sun go down behind them. Definitely a scence to remember. 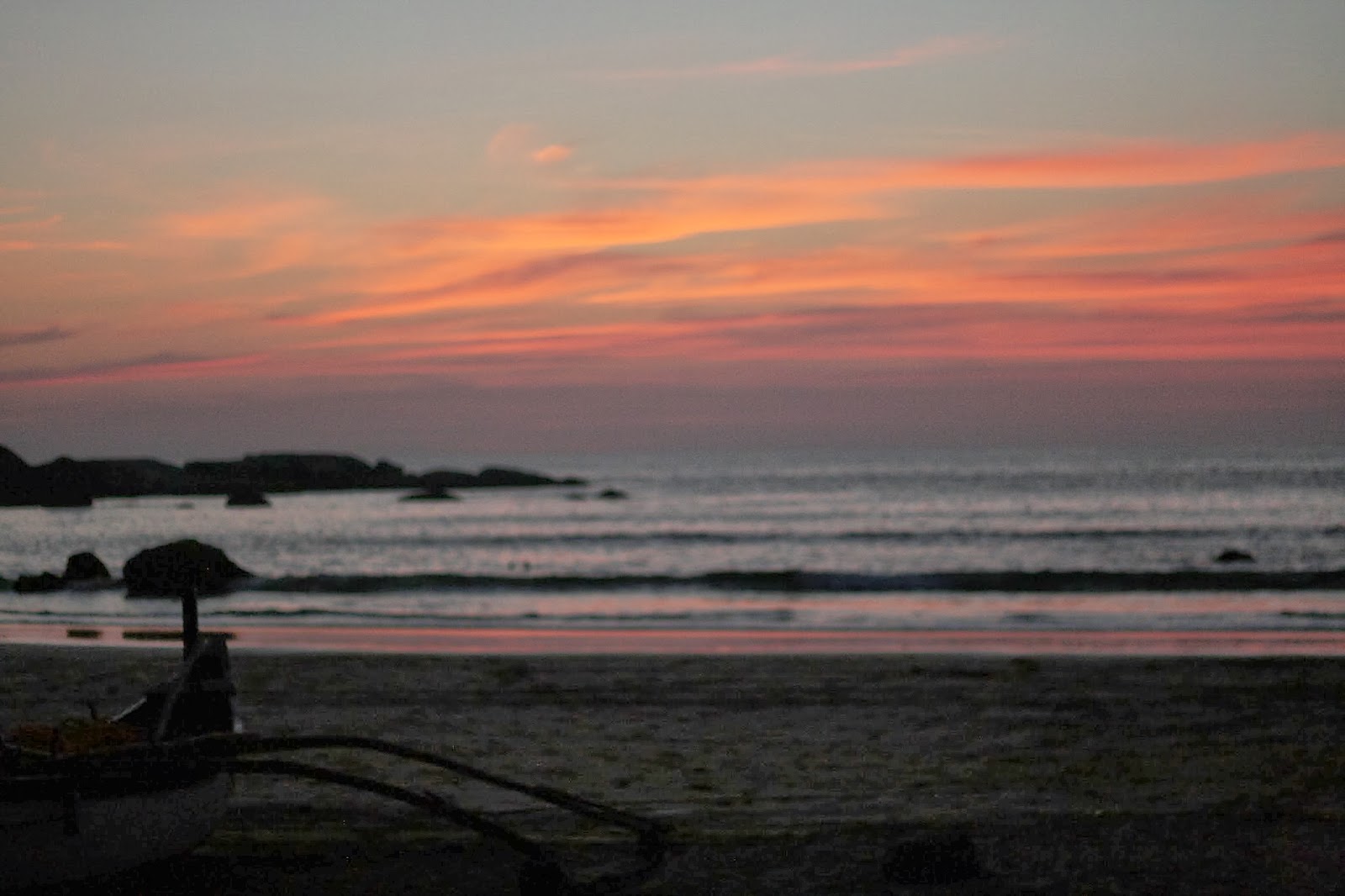 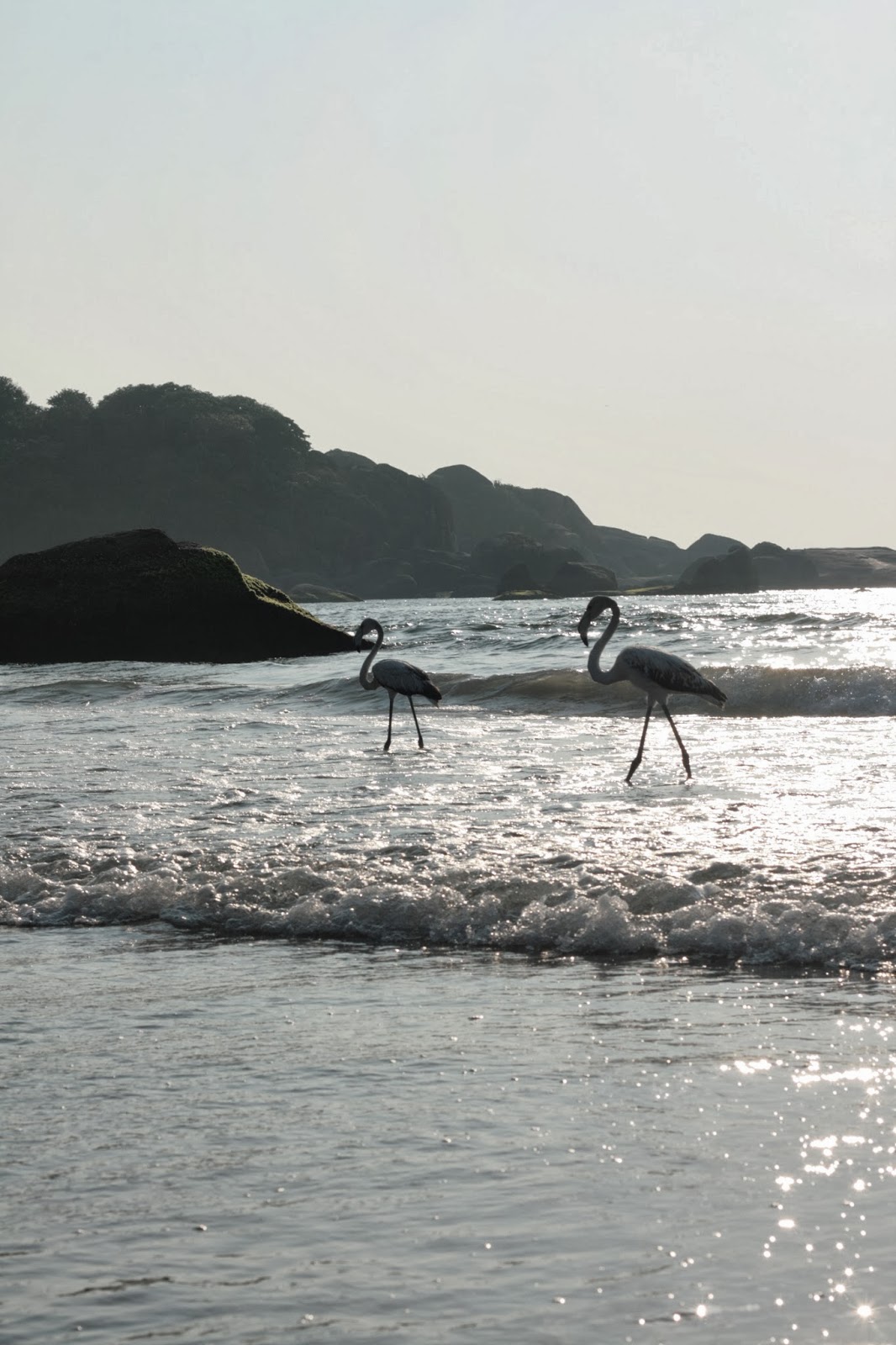 But normal-paced life wants us back sooner or later, so it came that we headed up to Mumbai after 11 days in Goa.


Actually, we planned to avoid Mumbai traffic at all costs, and the container port Nava Sheva being south of the bustling metropole was doing us a great favor for this point. We had to meet Mustafa, our shipping agent, 2 days before packing Kalimero into the steel box once again, to do some paperwork. His office is near CST station, which is almost at  the end of the Mumbai peninsula. Luckily, a quick ferry regularly goes to this peninsula from Alibag, which is located south of the bay and kind of a holiday place for wealthy Mumbai people.

We ended up booking us into a 25$-per-night-resort, where we could also pack Kalimero in a nearly quiet surrounding (just some Indian constructioners passing by, watching for half an hour). Michi took the express ferry to meet Mustafa, Daniel and to have the container rims reinforced (turned out the rear ones were a little bit weak), while Katha enjoyed room service and the last bites of Indian food.

After 3 nights, we got up early and headed to Nava Sheva - and almost got stuck in a huge traffic jam with hundreds of trucks, stuck on the highway to the container terminal. With flights booked, we could not afford any delay, so we did it the German way: driving on the right side of a 4-laned highway, with headlights on.
We made it in time, and our local agent/pusher had us stay in the port area for about 4 hours - but as he did all running and paperwork, we only had the duty to change tires and drive Kalimero into the box. With some practice from Dubai, this time was very easy: not having a hangover, not having 45°C, knowing that Kalimero fits, knowing that we should use rear locks and all-wheel-drive, it took us about 30 minutes to get Kalimero from "in front of" to "inside" the container.

Some more waiting for the customs, softdrinks with the latching guys, and at 4pm we were backpackers again and found ourselves in a Tuktuk. We wanted to start it slowly with backpacking, so Michi's brother was once again so kind to invite us to a night at the Sheraton. Thanks, Martin!

We spent our last day in India in Mumbai, and Daniel once again showed us parts of the city that were very interesting. We went for ice-cream in the middle of a huge muslim neighborhood and had dinner in the greatest restaurant in whole India: Srivala near CST. A taxi to the airport, then "only" waiting until 4am, and we finally boarded the Quatar Airways plane that should bring us back to the land of beer and brezn.


A short time in-between: we had things to celebrate! 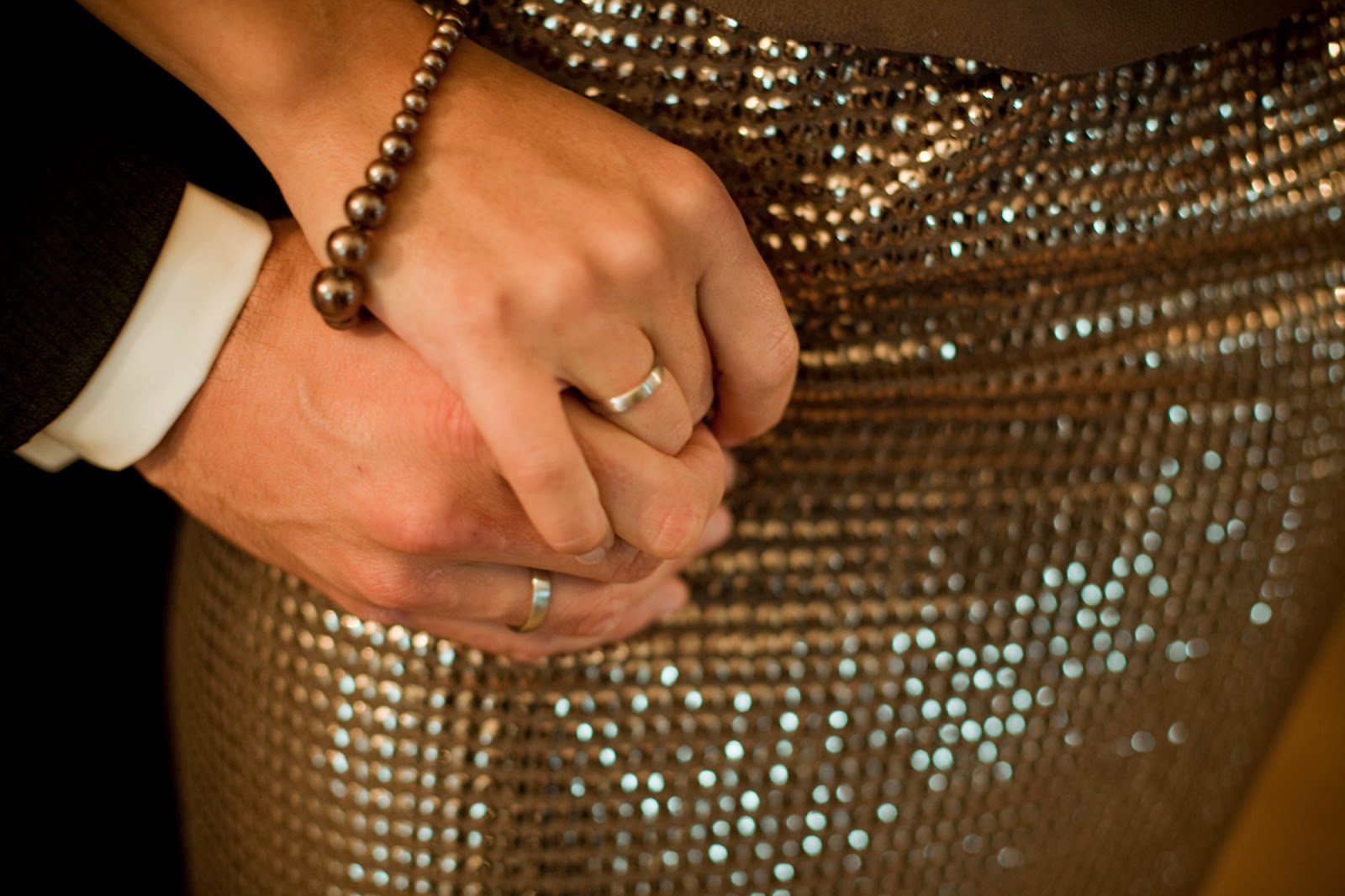 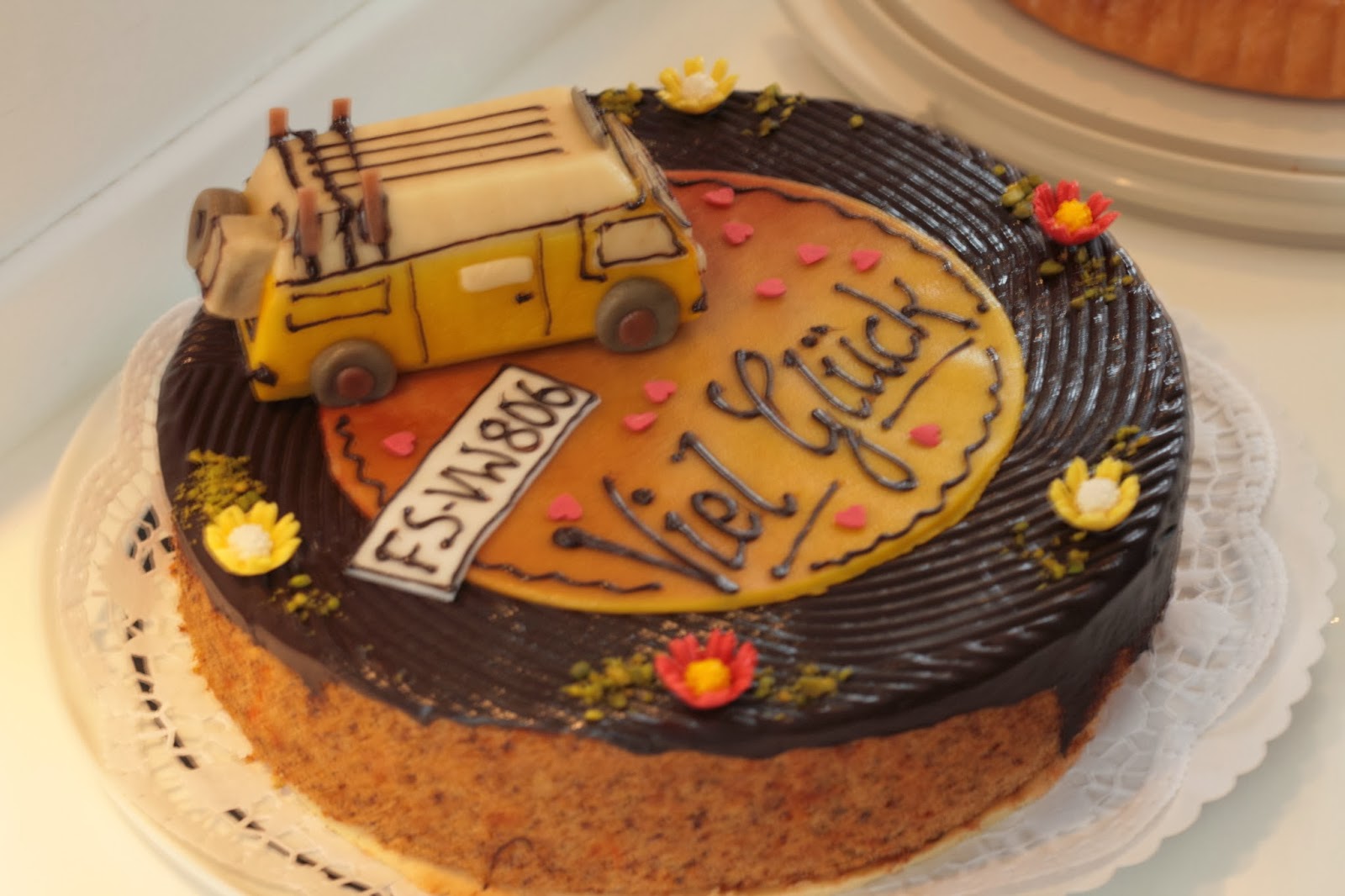 And then, as an early Christmas present, Kalimero arrived on Dec 19th in Hamburg. It took us until 23rd that we could open the container and see how he does.We were generously hosted by some wonderful fellow bus drivers (thanks Jürgen and Mona!) for 2 days before we went to the huge port area at 10am. We had to wait 10 minutes (!) before a big truck with a red container showed up.
Luckily, the lashing guys did a good job and Kalimero was dust-covered, but ready to drive home. 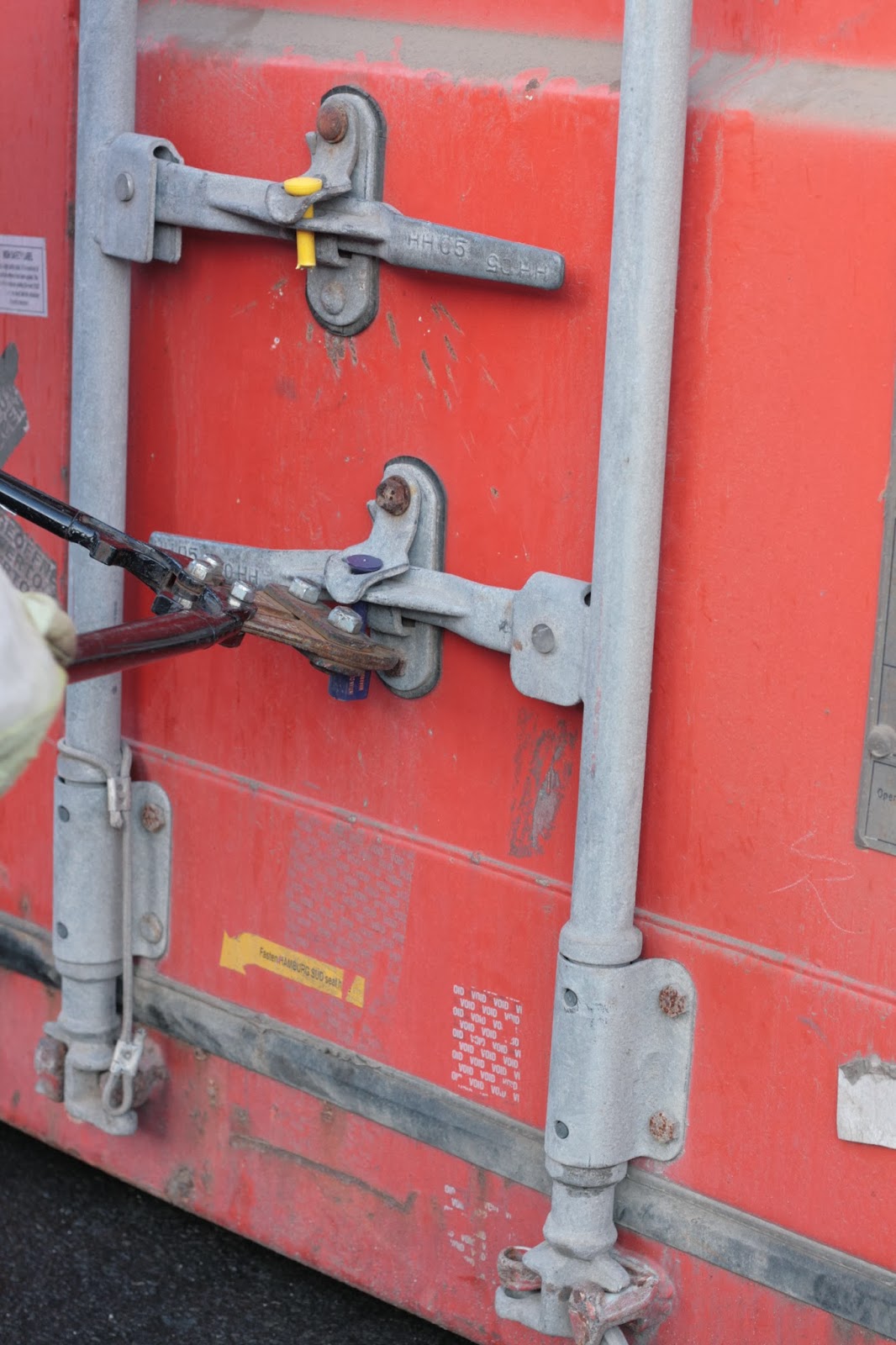 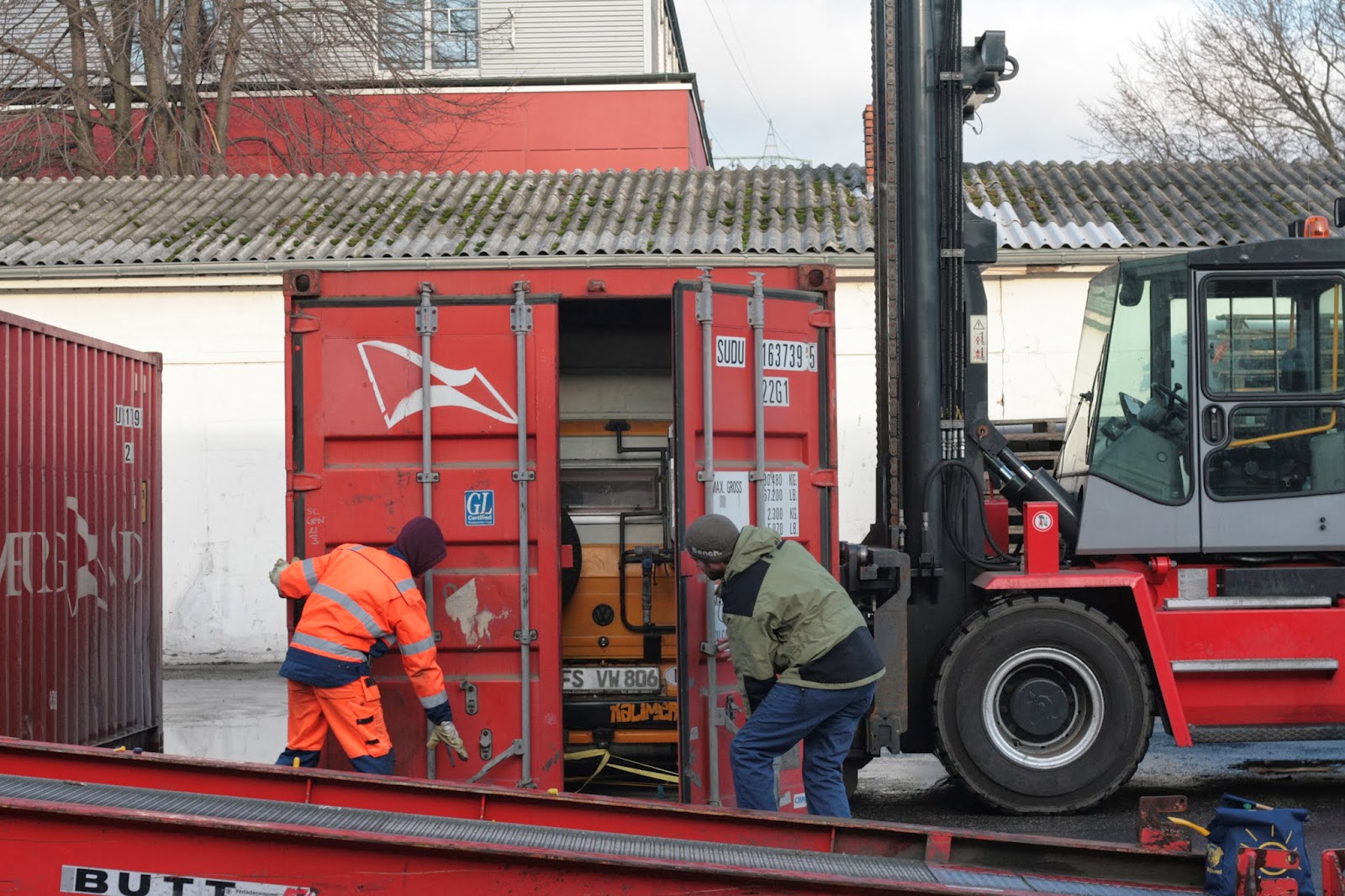 The good ol' 1.6l Turbo engine certainly did a long drive, but it seems the polluted Diesel, the thin air in the Himalaya and the modified exhaust (German Umweltzone!) were too much for him. He had some problems starting in India on sea-level already, but now in Hamburg at 5°C we definitely needed some forklift pulling to get enough rotation. 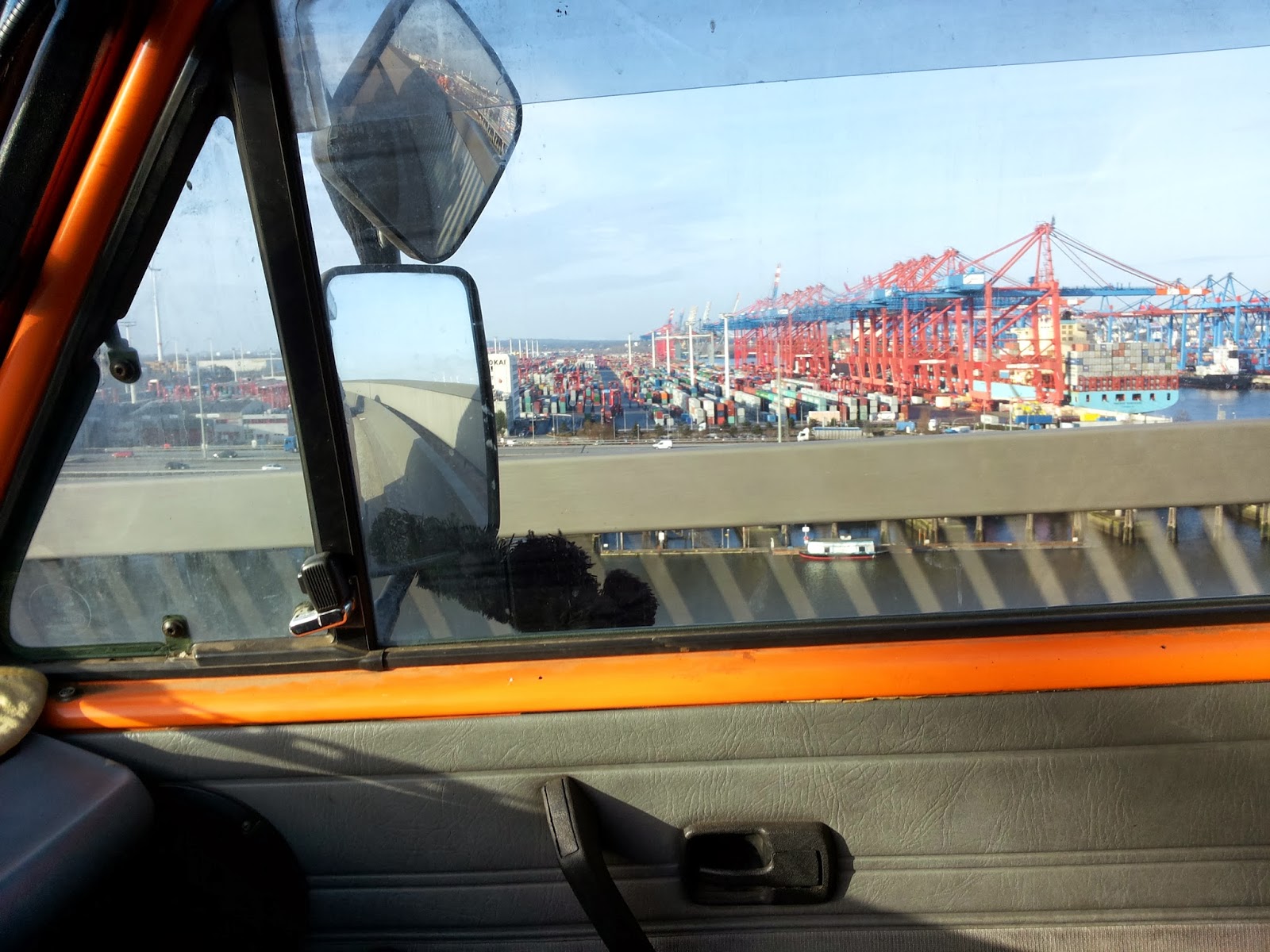 He still managed the 735 km back home with his head held high, though - but after pulling into Michi's parents' driveway, 199.465km were enough for an engine's life, and Michi had some work to do after Christmas.

So, with these lines, Kalimero's journey heading east comes to a happy end! It has been a total of 20664km, almost 2600l Diesel (12.5/100km), and a once-in-a-lifetime experience. We will remember the journey and the people we met forever.

Thank you for travelling with us - and who knows when we will see again, maybe when Kalimero will head to other directions on the compass. There are still some left.